What is the FC Barcelona Museum tour?

The visit to the FC Barcelona Museum traces the history of the Catalan club from its beginnings in 1899 to the day of your visit. Barça is one of the most successful clubs in the history of football and one of the flagship clubs of Catalonia and Catalanism, as indicated by its motto "Més que un club" - "More than a club" in English.

The visit to the museum is therefore a discovery of its endless record of achievements, but also of its players, its game, its coaches, as well as the place it occupies in Catalan society, which is known to be very concerned about possible independence in recent years. 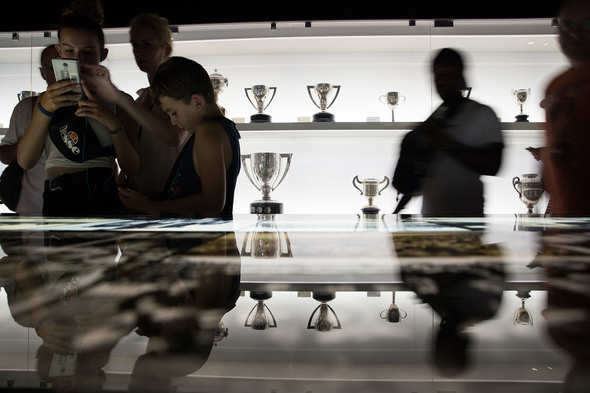 But politics aside, the main thing here is to see - behind glass - trophies such as the cups of the 26 championships (La Liga), the 31 Spanish Cups, the five Champions Leagues, the four Cup Winners' Cups, and the 3 Club World Cups.

One area of this museum is dedicated to Lionel Messi and his golden balls.

In addition to the stadium tour, there is a virtual tour and a new film projected on a dozen screens showing the achievements of Barcelona since the beginning of each season.