The Hypostyle Room in Park Güell

Once at the top of the monumental staircase where the lizard fountain is located you arrive in the famous Hypostyle Room. 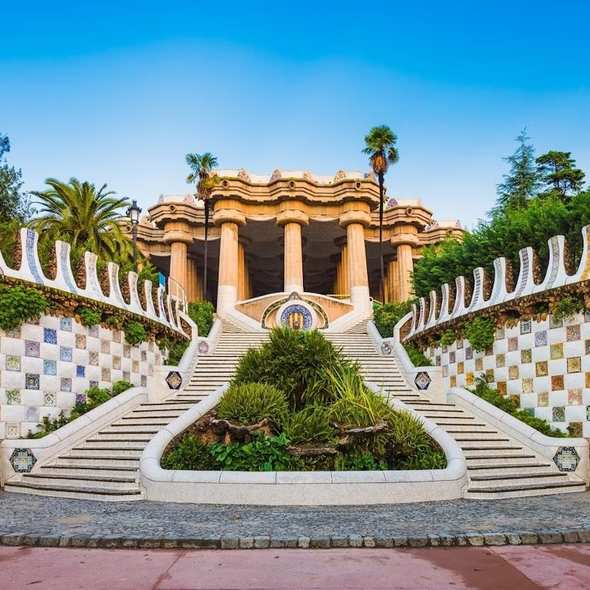 In ancient times, a hypostyle room in a temple was an enclosed space whose ceiling was supported by columns. Among the most famous hypostyle rooms is the one in the Temple of Amun at Karnak near Luxor in Egypt.

The term hypostyle comes from the ancient Greek "hupostulos" and means "supported by columns".

There is no doubt that ancient civilizations inspired Gaudi, but the genius of Modernism has left us a temple of a completely different style! 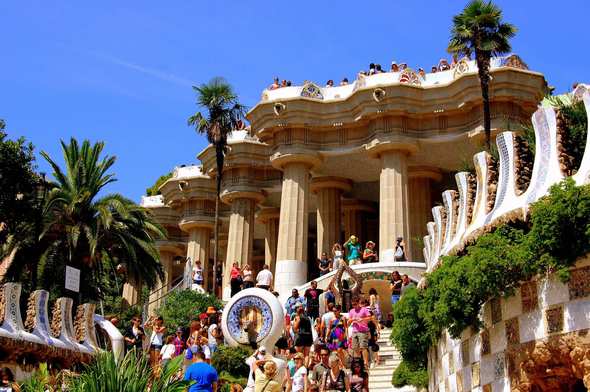 The magnificent atmosphere in this hall, which was supposed to be a market place

The Hypostyle Room is composed of 86 grooved columns inspired by the Doric order. Some of the columns are inclined, creating an undulating movement that reinforces the perception of their structural role.

Inside the hall, the arrangement of the columns gives way to larger spaces as in a temple, allowing it to be used as a market place.

On the ceiling of this room, mosaic circles represent the four seasons and the lunar cycles.

The beauty of the panels, also made of trencadis - a kind of pikestaff - can be admired without tiring. Ceramics made by Josep Maria Jujol i Gibert. This is an opportunity to rehabilitate the work of this modernist architect, a long-time disciple of Gaudi, whose role was overshadowed by that of the Master.

He was also responsible for the trencadis of the serpentine bench of Park Guell and the Casa Batlló, as well as for his active participation in the construction of the Sagrada Família.

The history of the Park is a long adventure made of companionship and not only a Gaudi Park Guell. . 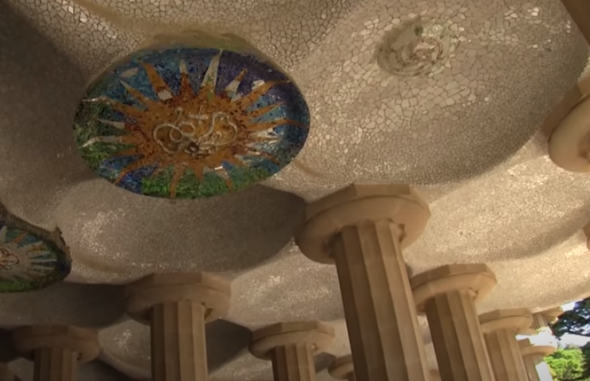 Very ingenious and ahead of his time, Gaudi had imagined a water recovery system.

A pipe collects rainwater from the terrace of the corrugated bench and transfers it to an underground cistern. This system still allows for the ecological watering of the gardens and the supply of fountains.

The Hypostyle Room never became a market place because the building project that created Park Guell was never built due to lack of funds. Nevertheless, it remains one of the most beautiful testimonies of Catalan modernism and of Gaudi's architectural ingenuity.